Who Will Be Left To Turn Off The Lights?


Tonight I received a notice on Facebook that Sandee's Stamps is closing in
Waterford. I started to visit this store back when it was known simply as Jane's. It was not too far from my daughter's work place and I would often meet her there and we would do dinner afterwards or I would stop solo and then drive to Royal Oak where she lived for a bit.


Imagine how cool it was when Courtney actually moved right down the road from the stamp place and we eventually took a class or two.  I was so happy to have a place that fed my creativity and had the friendliest of employees.

Then the store was sold, daughter moved, I had a car accident, husband was no longer working and Michigan was sinking into unemployment hell.  I tried to visit at least every so many months, but winter roads often kept me home, so I tagged along if husband had a luncheon or I was doing my big grocery shopping trip. I tried to do my part but I couldn't financially keep the store going with my small bag full of treasures.

Sandee's will start the going out of business sale today, May 12th and the store hours can be found at the name link. You can also get any info from the Facebook page Sandee's Stamps as they update the sale information.

I had always hoped I could bring my grand daughter to this store when she was a tad older,  maybe next year at 3. I won't get to do that now. And one more sanctuary of artistic bliss will now be filled with ghosts of stampers past. There really isn't anyplace left. As even the big box stores downsize the paper crafting aisles, magazines cease publication and scores of former stampers sell their unused wares on Ebay, I find I no longer wish to add a link to the long list of stores at the bottom of the blog. If I put one in open, I put two in closing. 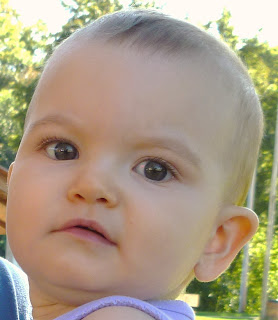 Nothing to report other than the humidity is taking a toll on my paper. I will get back to cards when the summer chores are done and the paper cutter doesn't have a fit going thru card stock. But I might make a stamp show this weekend! Knee, please cooperate!

Scrap Tales of Brighton Is Closing

Sadly the Michigan economy sucked the life out of another local artsy/crafty store. The sale starts today July 14 and continues thru August 7. For info, check the  Scrap Tales site for any updates as the sale begins at 20% off. Shop early for best selections. I hope to make a trip this weekend, as I totally missed the Scrapbook Zone closing due to a horrible viral thing last month.

This store is about an hour from me and I tried to make a visit every quarter or so, but when the store was sold a while back, I found I wasn't making a visit quite as often. My style and wants have changed over the last two or three years and I have long ago gravitated toward stamping instead of scrapbooking. I think other paper crafters are finding the same dilemma and either were stamping or scrapping.  The stamping supplies got thinner at Scrap Tales and less diverse after the new owners took over, so I got my fix elsewhere. I did take a few classes here and they were quite extraordinary as this example will show.

I don't even want to speculate on who is next to go, but I have the feeling we are not done with losing the crafty comforts of Michigan.
Posted by Jan Scholl at 7/14/2011 12:43:00 AM No comments:

I have never been to this store. It has been open less than two years and will be closing May 28, 2011. Another piece of the Michigan economy gone to hell. Click the link for address etc. Honestly, I don't think I even know where Marysville is. But a Google map will help you if you want to hit the final sale days. Sigh.
Posted by Jan Scholl at 5/14/2011 06:56:00 PM No comments:

This is one store I didn't think I would ever have to list under closing or closed. I have always loved this store in Farmington Hills. I preferred the older location because it was easier for me to get to off the multiple freeways I had to take to get there. Plus added benefit was a Panera across the street! 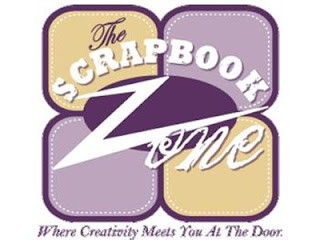 The Scrapbook Zone had more cardstock colors than any store I had ever been to. I have visited  many a store that had the basics or professed to have the most cardstock but the Zone had every color imaginable and if you couldn't find something to match, the color didn't exist. There was always a cool stamp at 40% off each month and the most incredible examples up for viewing of art that employees and customers had made. I still remember someone "borrowing" an heirloom scrapbook someone made and I never did find out if it was returned.
But the oddest shopping night in the store, they were shop lifted. This very well dressed woman kept trolling the aisles and I thought she was weird but so are many people  Then the cops show up. Yeah, that was a fun trip, and the last one I actually took on my own before hubby retired. I am going to miss this store and now have absolutely no reason to visit the area. I am at the point where I say "why bother to leave the house"?  All my former haunts are going away.
Posted by Jan Scholl at 5/14/2011 05:50:00 PM No comments:

If you haven't noticed, I don't have much up here lately. I am taking a long break while I weave some other items in my head. I have cards almost finished, as I color them when I have some time. Photographing them is the problem. I just like the way they look outside in natural light. It's still sort of cold and damp and often windy here, so I am still in partial hibernation.
But something neat came my way. No ink is involved altho sometimes paper is. I have begun writing restaurant reviews for the local newspaper's web site.  I work on them when I can, often editing into the wee hours. Then they have to pass muster with a real editor.  That is the part I personally don't like. Reasons starting with I think, they get dumbed down, as if readers can't decipher a word over 4 letters. But it's  a byline. I pay for the food, I don't get paid for the review. I will use this experience for the better. Plus my photos look better than the food actually tastes at times. You can read some of the reviews HERE or my intact reviews here with photos. I did notice this evening that at least one of my published reviews on the paper's site is missing.  Maybe the eatery kicked up a fuss? I never trash a place but will say it like it is.
Come back here in a few weeks and maybe I will have some new inky stuff up. And who knows, the otherness might just be published on my blog. At least I am the only censor there.
Posted by Jan Scholl at 4/14/2011 07:12:00 AM 1 comment:

Of course you do! The incredible colors you get from using Tim Holtz Distress Distress Inks to color your images will knock your socks off.  These inks especially come in handy with the  Magnolia images and getting correct skin colors. I have personally been wanting to learn the right way to do this type of water coloring and have been watching You Tube videos with foreign languages I don't understand. Ethnic skin is the hardest altho I thought I had a good thing going with my Prismacolors UNTIL I saw the images done with Distress Inks. One of my favorite bloggers Ying Pang used Distress inks on this card. 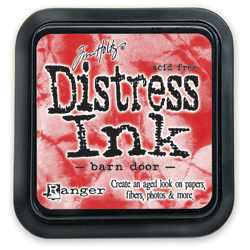 Well now YOU  can take a class to learn the correct way. But if you are lucky enough, you might win a free tuition to a class. See that blinkie to the side? Click that and find out more about the classes. Click HERE to get a chance to win a class.
Posted by Jan Scholl at 2/10/2011 06:24:00 AM 2 comments:

It gets to be kind of a drag to have to report  former creative playgrounds  that have closed  over and over.  I still remember the first time I discovered Karen's Creative Stamping in a strip mall in Davison, Michigan and was so delighted I called my daughter to meet me after work. We both took classes here and spent a lot of  pretty greenbacks, too. 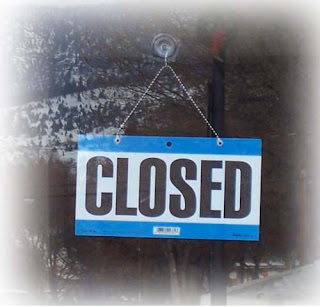 Karen's moved into a scrapbook shoppe that had closed due to bad management and was then loads bigger than the previous stamp store, and she inherited all the store stock thus becoming I think,  more scrap store than stamp store.  I think that was her downfall and she became less of a destination on Friday afternoons for me.  Both daughter and I had issues with the way some employees were treated by the owner and felt we could not return and feel good about it.  It took me months to get over not heading out for a stamp fix and then to the gym.
I have known about this closing "unofficially" for several months, altho I knew it was coming probably for several years. I even hinted at it in 2009 in a blog post and many times since. Tonight, Karen sent out an email confirming what actually happened in late December.  I wish her well. At least she has a regular  job as a school teacher and her husband fixes computers.  Her employees will not fair so well.
I know a couple of special people who worked at Karen's that I would love to give a shout out to. Pat Farlin (lost your email but hope you are looking forward to golf!) and Joan Stier (I have your package ready, I just need a ride to the PO and a Valium for dealing with the employees there ;P  ). Both these ladies are so terrifically talented in the paper arts!
There isn't much left open these days in my stomping grounds but always check the side bar for the latest. Sadly, I have been deleting names on the closed list after 3 years, so that list is much much longer that you know.  I am  hoping to add some happy news to the list someday.
Posted by Jan Scholl at 1/31/2011 06:21:00 AM 2 comments: 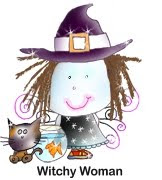